The Guadalajara International Book Fair forum on new paradigms,
focusing on the street as a territory for social agency and civic engagement.

From Wall to Wall is a yearly forum presented by Guadalajara’s International Book Fair in order to debate the main questions arising from the global historic moment we live in from a vantage point that goes beyond scholarly disciplines.

The forum’s name alludes to the long-term vision from which its reflections arise: one that postulates the fall of the Berlin Wall and the notion of culminating the erection of a wall between the United States and Mexico as its chronological milestones.

The fall of the Berlin Wall, which attained the three decade mark this year, spearheaded, among many other things, a proliferation in the avenues for conceiving and configurating political activity (its territories, players, instruments and forms of organization).

30 years after the Left entered a profound crisis due to the disintegration of the Soviet bloc, it is now the liberal democratic paradigm’s turn to be submitted to a radical questioning due to its incapacity to offer response to generalized economic, social and cultural inequality.

How can politics be conceptualized after the projects articulating the bipolar world’s loss of legitimacy?

For its first two editions, our forum dwelt mainly on the institutional dimensions of said query; the challenges facing democratic structures in the light of the strengthening of authoritarian movements and régimes, arising from segregating and excluding narratives. This third encounter will devote its attention to the forms of civic mobilization arising from the same historic horizon, that is to the new avenues for creating and occupying public space that have kept on arising since November 9th, 1989, when German youth took to the streets of Berlin brandishing mallets and picks in order to reach Brandenburg Gate, tear down a wall and reoccupy a square.

Day 2 | 20:00 In the web of affection In the web of affection
Of Spanish origin, most of Mr. Bello’s career has taken place in Mexico, where he has contributed to newspapers, magazines, websites, radio and television. He has headed CNN Mexico, Expansión, Medio Tiempo and ADNPolítico among other media outlets. He is currently editor-in-chief for Grupo Expansión and launched Expansión Política in 2019. He is a contributor to the book Amos de México.

Day 1 | 20:00 To the streets To the streets
A professor of Contemporary History at Warsaw University, Dr. Borodziej chairs the Academic Committee of Imre Kertész Kolleg, Jena. Since 2003 he has served as editor-in-chief of the Polish Diplomatic Documents (Polskie Dokumenty Dyplomatyczne) series, published by the Polish Institute of International Affairs (24 volumes). He also chairs the Academic Committee of the House of European History in Brussels.

Day 1 | 20:00 To the streets In the web of affection
Also known as “El Mijis”, Mr. Carrizales is a local congressman to the legislature of San Luis Potosí, the Mexican state from where he hails. In his youth, he knew domestic violence as well as street and gang life. After a lengthy period devoted to community work, he ran on the Partido del Trabajo (Labor Party) ticket, an organization from which he has recently resigned.

Day 2 | 20:00 In the web of affection In the web of affection
Mr. de la O holds degrees in both Public Administration (from Harvard) as well as Strategic Management and Development Politics. He is currently a consultant for UNESCO and has worked for the UNDP and the World Bank. He has headed the Public Opinion Center as well as the Planning area of the Science Divulgation Department at Mexico's National Autonomous University, where he has held a professorship for 7 years.

Day 1 | 20:00 To the streets To the streets
An associate researcher at the ARC Centre of Excellence for the History of Emotions at the University of Melbourne, Dr. Gook is the author of Divided Subjects, Invisible Borders: Re-Unified Germany After 1989. His work partakes of sociology, history, anthropology, cultural studies, literary studies and film studies.

Day 1 | 19:00 Amongst the rubble Amongst the rubble
A professor of Late Modern European History at the University of California at Berkeley, he has authored several books on post-Enlightenment sociability and social thought, as well as a recent history of human rights. Raised in East Berlin, he participated in the protest movement that brought on the downfall of the Wall in 1989.

Day 1 | 19:00 Amongst the rubble Amongst the rubble
An American of Jewish descent who has settled in Mexico, his book Las llaves de la ciudad was originally written in Spanish, his second language, it is a collection of chronicles of Mexico City. His novel Circunstancias atenuantes, partakes of his experience as a specialist in mitigation: a researcher who works for lawyers defending Mexican illegal migrants accused of murder and facing the death penalty.

Day 1 | 20:00 To the streets To the streets
A researcher at the Law Studies division of Mexico’s Center for Economic Research and Development (CIDE), she holds a Ph.D in Law from the Autonomous University of Madrid and a B.A. in Law from the Mexico’s Autonomous Technological Institute (ITAM). She been a visiting researcher at Harvard’s European Law Research Center and a visiting professor at UC Berkeley’s International and Comparative Law Research Center.

Day 2 | 20:00 In the web of affection In the web of affection
Storyteller, essayist, editor and translator. La mujer de M. (2012), Ciudad tomada (2013) and Los que hablan. Fotorrelatos (2016). are among his most recent books. He has worked since 2011 in the narrative project El hombre de tweed, unfolding on Twitter. Mr. Montiel has been the beneficiary of grants and scholarships from Mexico’s National Fund for Culture and the Arts, the Rockefeller Foundation and Scotland’s Hawthornden Retreat for Writers.

Day 1 | 20:00 To the streets To the streets
An originator of new forms of community and civic participation, he is the creator of the Superbarrio masked character. He fought for 30 years to give Mexico City an autonomous government and a local Constitution. He has contributed to La Jornada and Milenio newspapers and has run as the Humanistic Party candidate for Mayor of Mexico City.

Day 2 | 20:00 In the web of affection In the web of affection
A Social Sciences researcher and an activist, Dr. Reguillo specializes in youth studies, the city as social space and fear as a social construct. She holds a Ph.D in Social Sciences from the University of Guadalajara and has been honored with Mexico’s National Anthropology Prize and the Ibero-American Prize for Municipal and Regional Research from Madrid’s Union of Capital Cities.

Day 1 | 19:00 Amongst the rubble Amongst the rubble
A recipient of the Herralde Prize, Mr. Villoro is a Germanist who served as cultural attaché for the Mexican embassy to the GDR. He has authored novels such as El disparo de Argón and El testigo, chronicles such as Los once de la tribu and plays such as Guerra fría, set in 1980s Berlin. He is also a contributor to Reforma newspaper.

Day 1 | 19:00 Amongst the rubble Amongst the rubble
Ms. Warkentin majored in Media Studies at Mexico City’s Universidad Iberoamericana and holds a post-graduate degree from Spain’s University of Navarra. She teaches at Mexico City’s Center for Economic Research and Development (CIDE) and anchors W Radio’s Así las Cosas morning newscast. She is also a contributor to El País newspaper.

Day 2 | 20:00 In the web of affection In the web of affection
A member of the Mexican Association of Research Agencies (AMAI) for 30 years, he chairs NODO Investigación + Estrategia, a company devoted to the understanding of markets and consumers as well as the development of market strategies. NODO has been publishing a yearly study on the Mexican's perception of happiness for more than a decade. 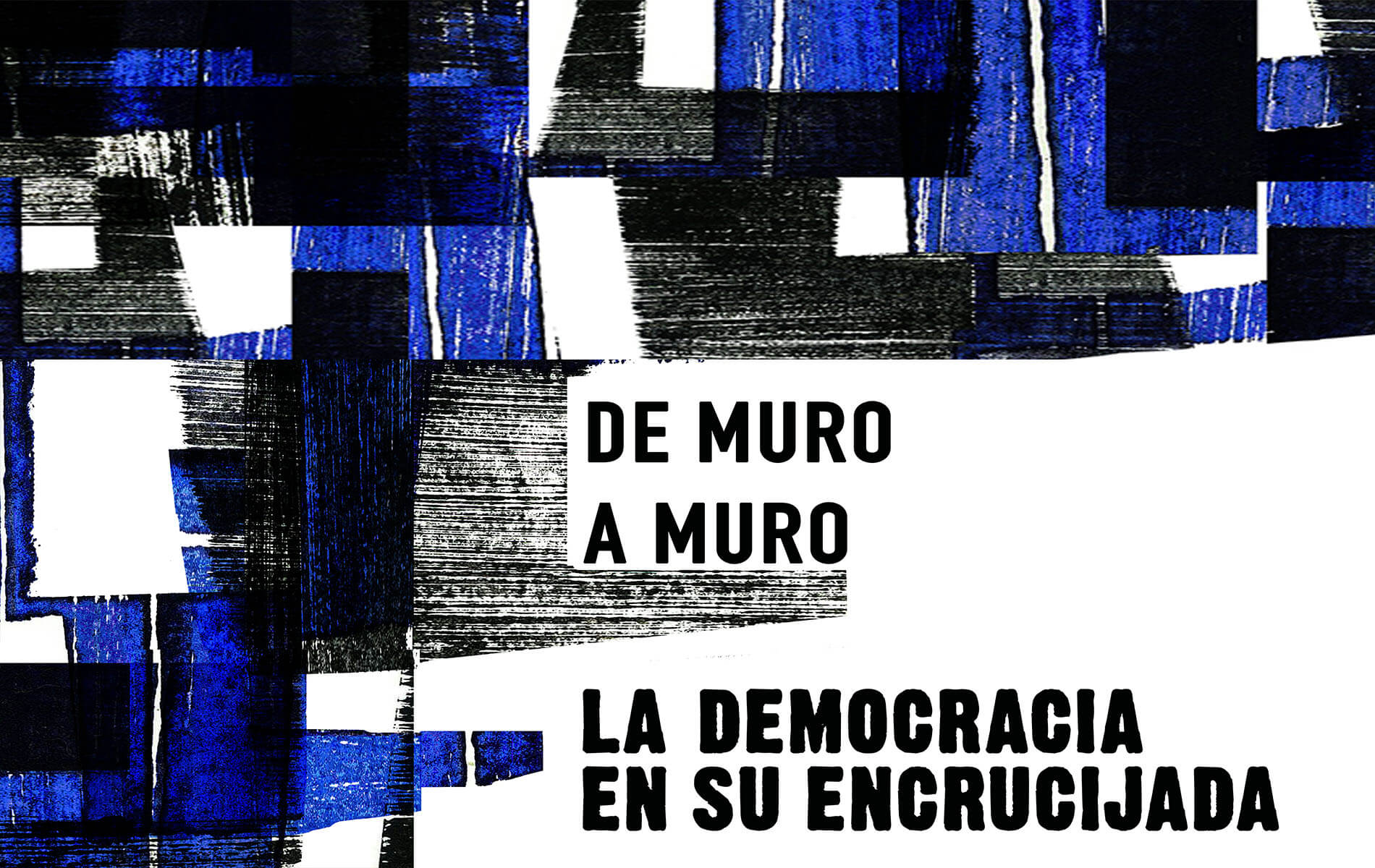 2018. Democracy at a Crossroads

For its second edition, presented in partnership with the Center for Economic Research and Development, From Wall to Wall tackled the crisis facing liberal democracies, manifesting itself in the proliferation and growing radicalization of authoritarian and/or populist régimes arising from democratic elections in European as well as American and Asian nations. 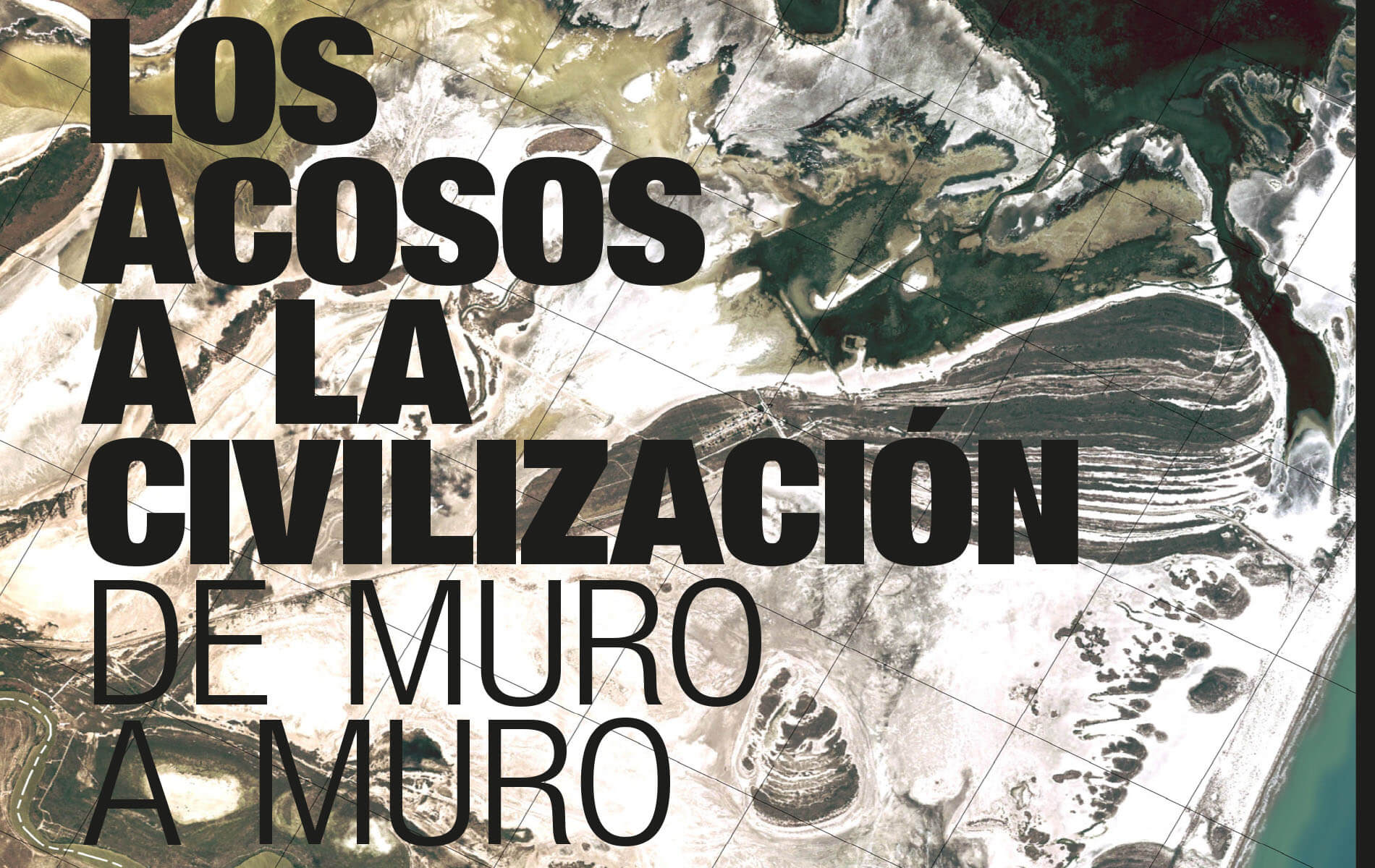 2017. The Siege Upon Civilization

In its first edition, presented in partnership with the National Autonomous University of Mexico (UNAM), From Wall to Wall delved upon the risks that the growth of political movements that promote segregation and exclusion represent for the civilizing process.